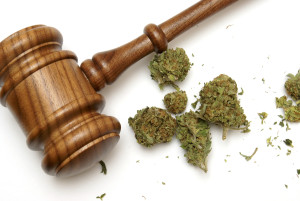 Colorado Supreme Court: Employers can fire for off-duty pot use

In a 6-0 decision, the high court affirmed lower court rulings that businesses can fire employees for the use of medical marijuana — even if it’s off-duty.

With the ruling, which was a blow to some medical marijuana patients and a sigh of relief to employers, Colorado became the first state to provide guidance on a gray area of the law.

The decision came nine months after the state’s highest court heard oral arguments in Brandon Coats’ case against Dish Network. Coats became quadriplegic in a car accident and used marijuana to control leg spasms. He had a medical marijuana card and consumed pot off-duty. He was fired in 2010 after failing a random drug test.

When the case went to the state Supreme Court, legal observers said the case could have significant implications for employers across Colorado. They noted that the ruling also could be precedent-setting as Colorado and other states wrangle with adapting laws to a nascent industry that is illegal under federal law.

At the crux of the issue was whether the use of medical marijuana — which is in compliance with Colorado’s Medical Marijuana Amendment — was “lawful” under the state’s Lawful Off-Duty Activities Statute.

“Therefore, employees who engage in an activity, such as medical marijuana use, that is permitted by state law but unlawful under federal law are not protected by the statute,” Justice Allison H. Eid wrote in the opinion.

Current Colorado law allows employers to set their own policies on drug use.

He said he does not plan to take the case to the U.S. Supreme Court.

On Monday, Coats and his mother, Donna Scharfenberg, spent all morning refreshing the Colorado Supreme Court’s website. When they finally read the ruling, there was 10 minutes of silence.

“It was just kind of shocking,” Coats said. “There was a silent moment there for a long while.”

It was a disappointing resolution to what has been a five-year battle for Coats, who is unemployed.

“This is a controversial issue,” he said. “This is a hard case, and it was going to be a hard case to win. I was definitely hoping it would go the other way around.

“I was feeling like maybe, maybe, but it didn’t go that way.”

“We are pleased with the outcome of the court’s decision today,” the company said in a statement. “As a national employer, Dish remains committed to a drug-free workplace and compliance with federal law.”

“Not every business will opt for zero-tolerance, but it is important that the latitude now exists to craft a policy that fits the individual workplace,” she said.

A question for the legislature

When Colorado legalized recreational marijuana last year, employers across the state increased their drug testing, said Curtis Graves, an attorney for Mountain States Employers Council, referencing a workplace survey at the time. A year later, and with an unemployment rate below 5 percent, some employers have loosened the reins.
“We’ve seen a number of employers, particularly in hospitality … who are actually omitting THC from a pre-employment drug screen,” he said.

The market might dictate a further shift in the future.

Until then, people like Coats will have to consider other treatments or find a position that does not enforce a zero-tolerance drug policy, said Austin Smith, managing shareholder of employment law firm Ogletree Deakins’ Denver office.

“It puts employees in a tough spot,” said Smith, who watched the case closely but was not involved.

Sam Kamin, a University of Denver law professor, said the justices’ decision comes as no surprise.

“It’s easy to make too much of this decision,” he said. “It really comes down to interpreting this one word (‘lawful’) in this one statute.”

As a matter of statutory interpretation, the court got it right, he said.

But for Coats and medical marijuana advocates, this is a blow, Kamin said. He said he thinks the state legislature will take up the issue.

“I think (Coats’) case is very sympathetic, and I think his case would be quite compelling before the legislature,” Kamin said.

Six of the seven justices decided the case. Justice Monica Marquez recused herself because her father, retired Senior Judge Jose D.L. Marquez, was on the Court of Appeals panel that upheld Coats’ firing.

• “Colorado’s ‘lawful activities statute,’ the term ‘lawful’ refers only to those activities that are lawful under both state and federal law.”

• “Nothing in the language of the statute limits the term ‘lawful’ to state law. Instead, the term is used in its general, unrestricted sense, indicating that a ‘lawful’ activity is that which complies with applicable ‘law,’ including state and federal law. We therefore decline Coats’s invitation to engraft a state law limitation onto the statutory language.”

• “Coats does not dispute that the federal Controlled Substances Act prohibits medical marijuana use. The CSA lists marijuana as a Schedule I substance, meaning federal law designates it as having no medical accepted use, a high risk of abuse, and a lack of accepted safety for use under medical supervision.”

• “Having decided this case on the basis of the prohibition under federal law, we decline to address the issue of whether Colorado’s Medical Marijuana Amendment deems medical marijuana use ‘lawful’ by conferring a right to such use.”