February 8, 2016
The ring leader of Miami’s biggest Molly trafficker is appearing in court facing importing and possession with intent to distribute charges of the 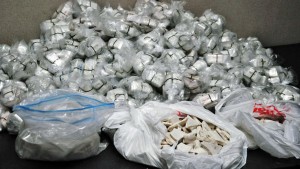 popular party drug. Molly, or Ecstasy/MDMA, is a psychoactive synthetic drug that alters mood and perception.

Molly, which refers to the alleged “pure form,” often comes in powder form sold in capsules. These capsules, are cheap and generally sold in bulk. It is not uncommon for dealers to have large quantities of Molly, for the sole purpose of distributing to the masses.

Molly can affect the body’s ability to regulate spikes in the body temperature, that can occasionally result in liver, kidney, or heart failure, and possibly death. Many users will take a combination of Molly with other drugs and or alcohol not knowing the possible dangers. A popular venue for the distribution are at concerts or multi-day music festivals, known as raves. Miami hosts the Ultra Music Festival every year. Ultra Music Festival is three-day long festival that hosts multiple artists of various types of music including Electronic Dance Music, “or EDM,” and Hip-Hop with record breaking crowds.

Concerned someone you know or love has been using Molly? Accredited Drug Testing is the premier source with local locations across the entire state of Florida to answer all of your drug and alcohol testing questions and needs!

With the surge in popularity of EDM, many venues are hosts to these multi-day festivals. Most venues are equipped with on hand medical staff to assist with emergencies, but many festival goers camp onsite, and are subject to being left unattended. Another major issue that arises are the sheer mass of crowds that attend these festivals. On site medical staff are only equipped to handle a few cases of medical emergencies, and with the ease of Ecstasy’s mass distribution some overdose cases may be overlooked, resulting in death.

Jorge Roman Hernandez, the trafficking groups leader, had the synthetic drugs imported from China and delivered to Transfreight International, a Miami-Dade company owned by his grandfather. Hernandez purchased the mass quantities of Molly from a Chinese lab over the Internet. Hernandez admitted to importing an upwards of 120 kilos of Molly, and laundering more than half-a-million dollars of money.

Hernandez is cooperating with authorities after being arrested in October, and is expected to receive a reduced prison sentence.