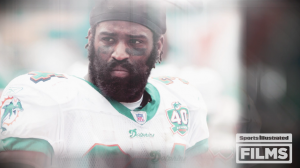 The NFL’s marijuana policy has been all over the news lately, from criticism of the league’s stance by the likes of Eugene Monroe, Derrick Morgan and Jake Plummer to SI Films’ upcoming in-depth look at Ricky Williams’s relationship with the drug and the sport. But how much do you really know about the sport’s actual testing, intervention and discipline procedures? We dug into the details to bring you five things you might not know about the current rules.

2. Players outside the “intervention program”—those who’ve never had a violation—are tested just once a year. Anyone under contract is tested once between April 20 (yup: 4/20) and Aug. 9. The player is given at most a three-hour warning before being visited by a collector, who must directly witness the player providing the urine sample.

3. For every player suspended under the policy, five to 10 others anonymously enter and exit the intervention program. Not even teams are made aware of a player’s positive test until he is suspended, which only occurs after multiple violations. Team physicians, however, have that information in order to prevent cross-medication issues.

4. Marijuana is handled differently from all other substances. The discipline procedures for marijuana abusers are less strict than violations for all other drugs. Clause 1.5.2(c) states that an additional offense is allowed before suspensions are leveled in cases involving marijuana. And up until that point, fines for positive tests are less steep.

5. Hundreds of people are involved in the program. There are generally two or three clinicians per NFL team who administer treatment plans for each player in the program. Then there’s the legion of agents who help conduct 15,000-plus tests each year. Combined with the steroid program, the NFL spends about $13 million per year on its drug programs.

We have commented several times on the subject of how big of a role sports figures play in our society. We tend to forget that they are people too and can have everyday struggles that lead them down a road of poor decisions. We believe sometimes a tough Drug Free Work Place Policy can be the wake-up call some need to face reality. Drug Testing can seem intrusive and even be frustrating at times however, the lives it could help and change are endless.