Drug Overdoses at a Record High 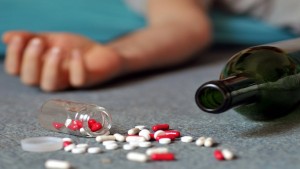 “Overdoses from heroin, prescription drugs, and opioid painkillers have overtaken car accidents to become the leading cause of injury-related deaths in America,” The Economist reports. “In 2014, they were responsible for 28,647 deaths.  Between 2001 and 2014, deaths from heroin overdoses alone increased six-fold, according to the National Institute on Drug Abuse. On average, 125 people a day die from drug overdoses, 78 of them from heroin or painkillers.

“Heroin use, which used to be concentrated among low-income men in urban areas, now cuts across regions and demographic groups,” The Economist continues. “It is rampant in rural and suburban areas, like West Virginia and New Hampshire, and increasing among women and Americans in higher income brackets. Among adults aged between 18 and 25, heroin use has more than doubled in the last ten years. The problem has come increasingly into public view as police find users unconscious or dead in bathrooms, restaurants, parks, and libraries.”

Heroin is an opioid, that is synthesized from morphine. According to the National Institute on Drug Abuse in 2011, 4.2 million Americans (aged 12 or older) had used heroin once in their lives. Prescription opioid pain medications such as OxyContin and Vicodin have similar effects to heroin, and when abused, are common gateways to chronic heroin use. Heroin and similar opioids can be easily detected in a 10 panel drug screening.

In St. Louis, one of America’s most dangerous cities, turf wars among drug dealers responding to an influx of cheap heroin from a Mexican cartel fueled a sharp spike in the murder rate. In a trend mimicked in large cities nationally, many of the heroin consumers in St. Louis are young whites in their 20s, who drive into the city from suburbs and distant rural areas. And while most heroin overdose victims here are white, nearly all of the shooting victims and suspects in St. Louis this year have been African-American men and boys. Due to its potency, many users continue and even increase use of the drug to “chase the same high,” to ease the physical dependency. Chronic users become physically dependent on the drug to avoid withdrawal symptoms. 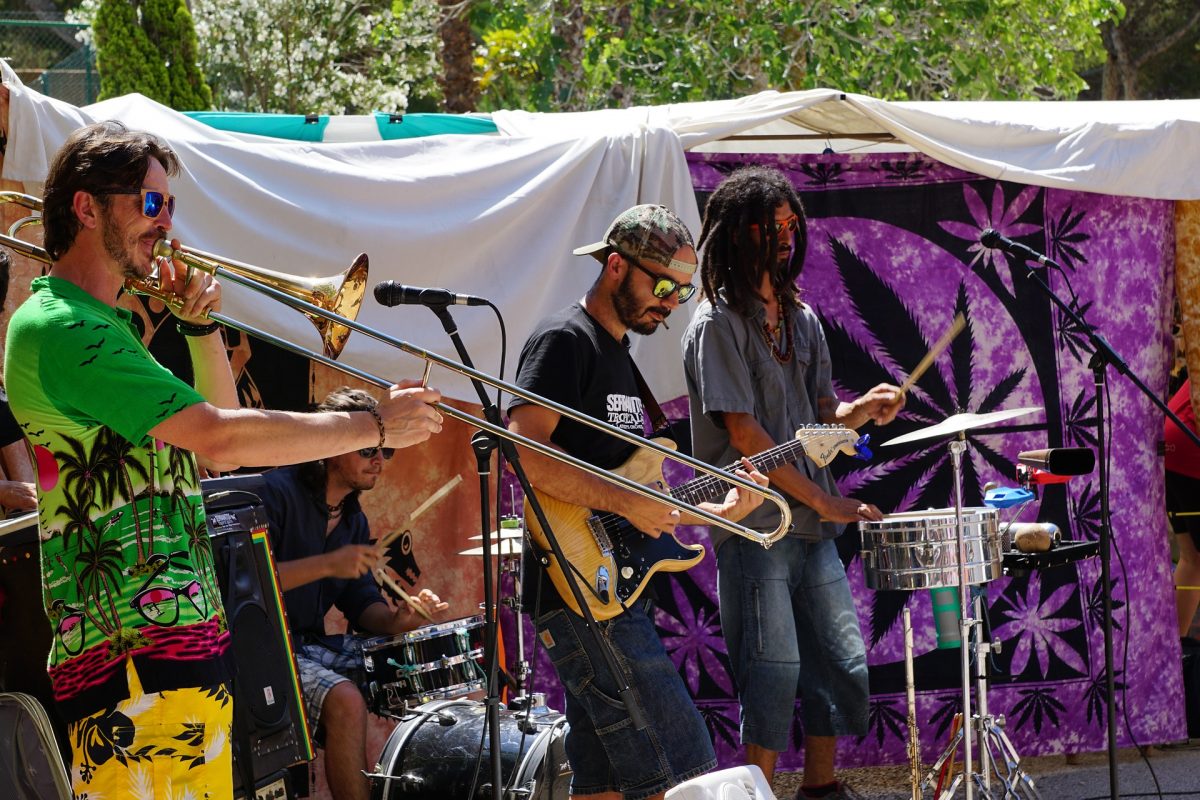 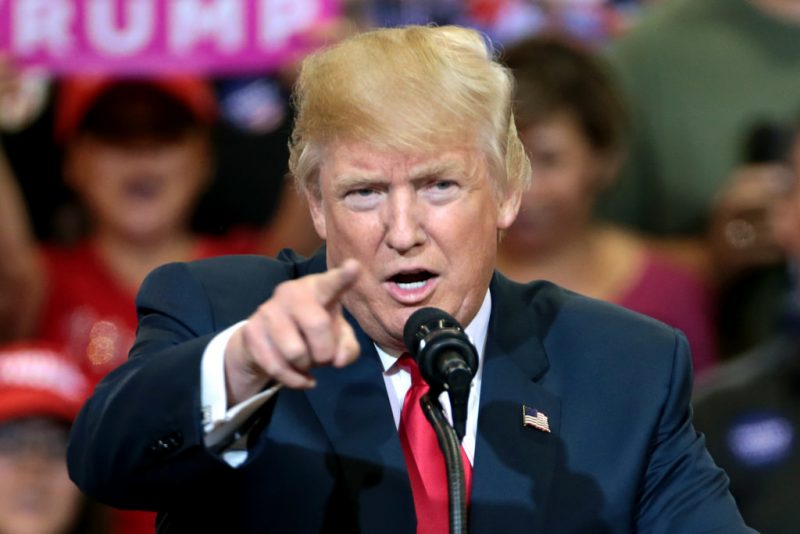 Last Thursday afternoon in a press conference the 45th President of the United States declared the Opioid Epidemic a “National State of Emergency”.

What is a State of Emergency?

For those of us who don’t work in government, a “state of emergency” can sound frightening, but what does it actually mean? A government or division of government (i.e. on a municipal, provincial/state level) may declare that their area is in a state of emergency. This means that the government can suspend and/or change some functions of the executive, the legislative and/or the judiciary during this period of time. It alerts citizens to change their normal behavior and orders government agencies to implement emergency plans and frees up disaster funding for cities and states dealing with the epidemic.

Refresher on the Opioid Epidemic

A lot of people don’t know that the gist of the has been happening in the early 1990s when doctors came more aware of chronic back and muscle pain many Americans were facing. And because of this need pharmaceutical companies created opioids to meet this demand but the public and doctors were vastly unaware of the long term side effects these pills could cause.

Fast forward to early 2010s where addiction and abuse of opioids are at an all time high, especially in the United States. And once users started seeking out a stronger high, or move on to other kinds of opioids, heroin abuse was on a huge upswing.

There is a lot of speculation as to why this happened, many believe doctors were getting paid to prescribe these highly addictive drugs, others believed pharmaceutical companies knew of the addictive elements of opioids early on and wanted to get people hooked but regardless on average 90 people die every day from opioid abuse. And by 2027, as many as 650,000 people will die from this prescription drug abuse if it is not stopped.

What can we do?

From a citizens’ perspective, all we can do is help those we see in need by directing them to the nearest substance abuse counseling program and helping them kick this deadly habit. From a government perspective, declaring the opioid crisis a national state of emergency is the first step in a long series of pieces to fix this disaster before we lose any more of our fellow Americans.

Did you know Accredited Drug Testing now offers testing for expanded opiates? If you are or know of a loved one in danger of opioid prescription abuse, call 800-221-4291 to schedule your test today and take the first step on the road to recovery. 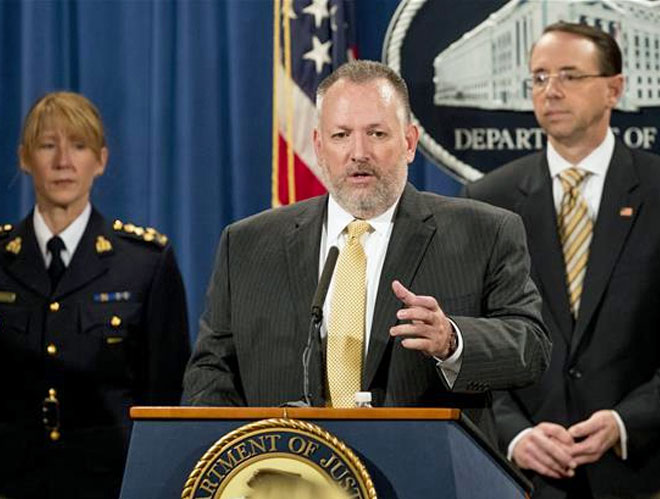 Attorney General Sessions and Acting DEA Administrator Patterson announce new efforts being made by the United States Government to follow through with the fight against the deadly Opioid Crisis in America.

On Wednesday, November 29th, 2017,  at a press release held in Washington DC, Attorney General Sessions announced three major efforts being set forth by the United States Government to combat the Opioid Crisis.

“Today we are facing the worst drug crisis in American history, with one American dying of a drug overdose every nine minutes,” said Attorney General Jeff Sessions.  “That’s why, under President Trump’s strong leadership, the Department of Justice has been taking action to make our drug law enforcement efforts more effective. Today we announce three new initiatives to do just that.  First, we will invest $12 million in funding for our state and local law enforcement partners to take heroin and methamphetamine off of our streets. Second, we will restructure DEA’s Field Divisions for the first time in nearly 20 years. Third, we will require all of our federal prosecutors’ offices to designate an Opioid Coordinator who will customize our anti-opioid strategy in every district in America. These steps will make our law enforcement efforts smarter and more effective—and ultimately they will save American lives.”

The hope of these efforts is to ultimately put a stop to opioid addiction, and substance abuse that has so illy affected so many Americans today.  Many independent and private sector businesses have come together in an attempt to make a change in the statistics. Despite their efforts, the number of overdoses, relapses, job loss, and so many other negative consequences substance abuse has on the lives of US citizens has continued to grow.

President Donald Trump’s strong investment in the Opioid Crisis may be exactly what America needs to overcome the battle against substance abuse.

The DEA is pouring millions into funding for newly enstated programs and task forces throughout the US to help battle the exportation and consumption of illegal drugs.

Every U.S. Attorney will designate an Opioid Coordinator by the close of business on Dec. 15, 2017

Each USAO Opioid Coordinator will be responsible for facilitating intake of cases involving prescription opioids, heroin, and fentanyl;  convening a task force of federal, state, local, and tribal law enforcement to identify opioid cases for federal prosecution, facilitate interdiction efforts, and tailor their district’s response to the needs of the community it serves; providing legal advice and training to AUSAs regarding the prosecution of opioid offenses; maintaining statistics on the opioid prosecutions in  the district; and developing and continually evaluating the effectiveness of the office’s strategy to combat the opioid epidemic.
View the full Attorney Generals memo to the United States here.

Anti-Heroin Task Force Program (AHTF)
AHTF provides two years of funding directly to law enforcement agencies in states with high per capita levels of primary treatment admissions for heroin and other opioids. This funding will support the location or investigation of illicit activities related to the distribution of heroin or the unlawful distribution of prescription opioids.

COPS Anti-Methamphetamine Program (CAMP)
The state agencies receiving funding today have demonstrated numerous seizures of precursor chemicals, finished methamphetamine, laboratories, and laboratory dump seizures. State agencies will be awarded two years of funding through CAMP to support the investigation of illicit activities related to the manufacture and distribution of methamphetamine.

How does the Opioid Crisis affect you?

If you have not already experienced the impacts of the opioid crisis or substance abuse through yourself, another, be expected too. With the increase of work-related accidents due to drug or alcohol consumption, many companies are re-writing their substance abuse policies with stricter guidelines, These guidelines typically tend to include random testing, reasonable suspicion testing, and also a change to the standard 5-panel urine test to an expanded opioids drug test. Some companies are even switching to hair testing, which has proven to be more accurate.

The United States Department of Transportation (DOT), effective January 1st,  will require all employees to take a 5-panel expanded opioid drug test. The DOT Office of Drug and Alcohol Policy issued its revision to The DOT Part 40, drug and alcohol compliance, to try to minimize the consumption of illegal substances by employees who work a safety-sensitive position.

Many states are implementing a drug testing program for recipients of food stamps, or on welfare.

In states like Michigan and California, Police have administered a program that tests for drivers on drugs. The program uses a portable saliva-testing device that can tell officers if a driver has certain drugs in his systems, such as marijuana or opiates.

Many State and Local Legislators are looking into implementing similar guidelines.

Apart from rules and guidelines due to the Opioid Crisis, many Americans are experiencing an emotional toll.