Our Alabama drug and alcohol testing centers are located in all cities throughout the State of Alabama and are prepared to provide a full range of drug and alcohol testing services for employers needing a pre-employment, random, post accident or reasonable suspicion test and individuals who need a court ordered, probation or family test. Most drug testing Alabama locations are within minutes of your home or office and same day service is available in most cases. With multiple Drug testing Alabama locations, the staff of Accredited Drug Testing is ready to serve your needs in a friendly, professional and confidential manner. Our motto simply is, “When You Need A Test, Choose The Best!”

To schedule any type drug testing Alabama service simply call our scheduling department at (800) 221-4291. You may also schedule your drug test online utilizing our express scheduling registration by selecting your test and completing the Donor Information/Registration Section. You must register for the test prior to proceeding to the testing center.

The zip code you enter will be used to determine the closest drug or alcohol testing center which performs the type of test you have selected.  A donor pass/registration form with the local testing center address, hours of operation and instructions will be sent to the e-mail address you provided. Take this form with you or have it available on your smart phone to provide to the testing center. No appointment is necessary in most cases. However, you must complete the donor information section and pay for the test at the time of registration.

Our laboratories are SAMHSA certified and all test results are verified by our in house licensed physicians who serve as Medical Review Officers (MRO).

Alabama has the greatest increase in opioid deaths occurred among cases involving synthetic opioids (mainly fentanyl), with a rise from 16 deaths in 2012 to 198 in 2017. There were 167 deaths involving prescription opioids in 2017, an increase from 124 in 2016.

Marijuana Laws in The State Of Alabama

In the State of Alabama it is illegal to utilize or possess medical or recreational marijuana for any purposes.  Alabama has yet to decriminalize the sale or possession of marijuana in their State.

Accredited Drug Testing is Alabama’s leading provider of drug, alcohol, occupational health and DNA testing with testing centers in all cities nationwide and most testing centers are within minutes of your home or office and same day service is available in most cases.

Many employers in Alabama conduct workplace drug testing.  Alabama employers with a drug-free workplace program must test employees under the following scenarios.

Alabama employers should have a drug free workplace policy before starting drug testing.  The policy should outline the prohibited drugs and include illegal use of controlled substances, drugs which are not legally obtainable, or the improper use of prescriptions.

Employers in Alabama can save money with a drug free workplace and drug testing program?  If an employer implements a drug-free workplace program in accordance with statute 25-5-332, the employer shall qualify for certification for a five percent premium discount under the employer’s workers’ compensation insurance policy

Insurance companies will require documentation as proof of compliance with the Alabama Drug Free Workplace Program and an application from the employer stating compliance is required to be submitted.

The 5% insurance discount on workers compensation insurance is provided as an incentive for employers to implement a Alabama Drug Free Workplace program which will prevent and reduce losses as a result of drug and alcohol related workplace accidents.

Benefits of being a drug free workplace include a decrease in employee absenteeism, employee turnover, on the job accidents, theft, and an increase in customer service and employee morale.

Companies may require pre-employment, reasonable suspicion and post accident testing and Alabama drug testing laws may provide employment related protections to an employer when action is taken against an employee who violates the company’s drug and alcohol policies.

About The State of Alabama

Spanish explorers we said to have arrived at Mobile Bay in 1519 and the territory was again visited in 1540 by the explorer Hernando de Soto. However, the first official European settlement in Alabama was founded by the French at Fort Louis de la Mobile in 1702. In 1763, the British gained control of the area from the Treaty of Paris but had to relinquish almost all the Alabama region to the United States and Spain after the American Revolution.

In February 1861, the Confederacy was founded in Montgomery, Alabama and for a time, the city was also the Confederate capital.  Alabama is home to the National Register of Historic Places, 468 holes of championship golf located on the Robert Trent Jones Golf Trail, 53 miles of coastline, 36 National Historic landmarks, 61 Colleges and Universities and 1 National Monument

Albertville, Alabama, in Marshall county, is 38 miles SE of Huntsville, Alabama (center to center) and 110 miles W of Atlanta, Georgia.

Albertville was originally inhabited by the Cherokee Indians. It was first settled by the whites in the 1850s. It was named after Thomas A. Albert, one of its early settlers. The city was officially incorporated in 1891. The city was greatly destroyed by “The Great Cyclone” on April 24, 1908. In 1919, the Alabama Legislature decided to establish a courthouse in the city because the county courthouse, located in Guntersville, often became inaccessible due to the flooding of the Tennessee River.

Albertville and nearby Attractions

Things To Do In Albertville

During you stay in Albertville, you can visit the Center for Cultural Arts, Guntersville Museum and Cultural Center, Noccalula Falls Park, Guntersville State Park, and Buck Island Reef National Monument. The city also has several houses of worship such as the White Oak Church, Solitude Church, Carbinville Church, and Union Grove Church. In addition, the city of Albertville organizes a number of recreational events and special programs throughout the year.

Urine or hair drug testing methods in Alabama - You choose!

Most Common and cost effective with a 1-5 day look-back (detection window). Urine Drug testing is the most common method used by employers, courts, schools and is currently the ONLY method approved for DOT/Government Drug Testing

Hair drug testing and alcohol testing is becoming a more frequently utilized testing method due to its longer detection window of approximately 90 days.

Companies that wish to be a Alabama Drug Free Workplace should utilize the following standards when establishing a drug free workplace program.

What Are the Benefits of Being a Drug Free Workplace? 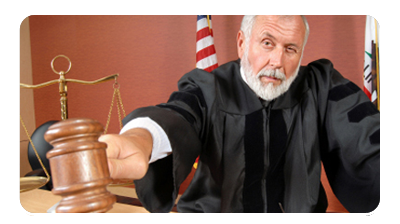 Call us today at (800)221-4291 and speak to our on-site coordinator to schedule your drug testing event in Alabama.

Which drug testing panel is right for you?

Drug test screening groups are commonly referred to as a drug testing panel.  The most common panels used are a 5 panel, 10 panel and 12 panel drug tests, (panels specify how many drugs will be screened) however customized screening can be analyzed for drugs such as opiates, bath salts, synthetic cannabinoids and a wide range of prescription drugs.

What is a drug test?

A drug test is a technical analysis of a biological specimen, for example urine, hair, blood, breath, sweat, and/or oral fluid/saliva-to determine the presence or absence of specified parent drugs or their metabolites. Major applications of drug testing include detection of the presence of performance enhancing steroids in sport, employers and parole/probation officers screening for drugs prohibited by law (such as cannabis, cocaine, methamphetamine, and heroin) and police officers testing for the presence and concentration of alcohol (ethanol) in the blood commonly referred to as BAC (blood alcohol content). BAC tests are typically administered via a breathalyzer while urinalysis is used for the vast majority of drug testing in sports and the workplace. Numerous other methods with varying degrees of accuracy, sensitivity (detection threshold/cutoff), and detection periods exist. A drug test may also refer to a test that provides quantitative chemical analysis of an illegal drug, typically intended to help with responsible drug use.

Our staff is prepared to assist you with any questions you may have in a friendly and confidential manner and providing exceptional customer service and being available when you need us for drug testing in Alabama is our #1 Priority and we look forward to serving the needs of employers and individuals who need any type of test.

Enter your Zip Code Below To Find the Closest Alabama Drug Testing Location!

“When You Need A Test, Choose the Best”

For more information regarding the effects of drug abuse – Click Here