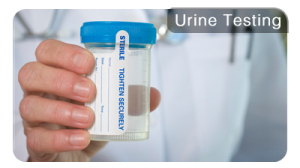 Because drug use is almost immediately detectable in an individual’s urine, hundreds of thousands of urine drug tests are administered every year. Tests may be administered to detect a single substance or up to a dozen classes of drugs.

The majority of illegal substances remain in the urine for up to a week, with the exception of marijuana which can leave detectable traces for up to a month, particularly in the case of heavy users.

Urine Drug Screening 101:
Numerous factors influence how long drugs remain present in the system given that every body functions differently. Some of these factors include the amount of drugs that were consumed, metabolic rate, and the volume of fluids that have been excreted after the drug use.

Various types of urine drug tests exist, each one designed to test for a different combination of substances. The standard test screens for the most predominant street drugs, including cocaine, marijuana, amphetamine, PCP, and opiates. Prescription drugs, performance enhancing drugs, date rape drugs, club drugs and alcohol usage can also be detected with a simple urine drug test at an Accredited Drug Testing center.

Prior to releasing the results, findings of all urine drug tests are reviewed by a trained medical review officer. This period allows time for individuals taking legally prescribed medicine to provide the necessary medication documentation before the final report is prepared. results of a urine test to say results of a negative urine test are generally made available within the 48hour period. Non-negative test can take up to three business days.

Pros & Cons of Urine Drug Tests:
Urine drug tests are ideal for detecting recent drug use as chemical compounds are immediately present in the urine.