The new DOT drug testing Custody and Control Form (CCF) is required to be used as of June 30, 2017.  It is important to note that utilizing the “old” CCF form will cause a significant delay in the issuance of your drug testing results.  Click here for the official DOT notice regarding this rule change which took effect on January 1, 2018.

What are the differences between the “new” revised CCF or the “old” CCF?

Since 2010, the old CCF has been in effect and is the current CCF used for all DOT regulated drug testing.

Below you will find some helpful changes/updates to the revised (new) CCF required as of June 30, 2018.

Click here for the full version of the “New” Federal CCF 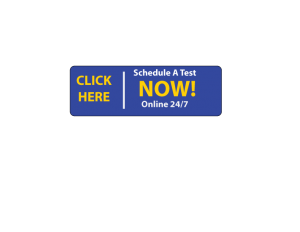