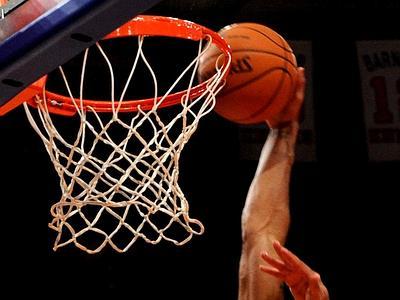 HOW are NCAA Drug Tests Administered?

The NCAA Board of Governors approved Proposal No. 30 at the January 1986 NCAA Convention and Proposal Nos. 52-54 at the January 1990 Convention, these approvals reaffirmed the NCAA institution’s dedication to the principal of fair and equitable intercollegiate competition including their championships and postseason bowl games.

The NCAA drug- testing program was created to ensure further steps were taken in the protection of the health and safety of the student-athletes competing.  Furthermore, this was done to ensure that no one participant might have an artificially induced advantage and that no one participant might be pressured to use chemical substances to remain competitive, but most importantly to safeguard the health and safety of participants.  The NCAA Board of Governors has final authority over the procedures and implementation of the NCAA drug-testing program.

All NCAA member institutions are subject to NCAA drug testing. The drug-testing program involves urine collection and laboratory analyses for substances on a list of banned-drug classes.

The NCAA Board of Governors have developed a list which consists of substances generally declared to be performance enhancing and/or potentially harmful to the health and safety of the student- athlete.

NOTE: Any substance that is chemically- pharmacologically related to these classes is also banned. The institution along with the student-athlete shall be held accountable for all drugs within the banned-drug class regardless of whether they have been specially identified.

Examples of substances under each class can be found at www.NCAA.org/drugtesting. However, there is no complete list of banned substances.

The NCAA utilizes a system of banning substances by drug class, they also include related compounds which are included in the class due to their pharmacological action and/or chemical structure.

No substance belonging to the prohibited class may be used regardless of whether it is specifically listed as an example, unless specifically exempted and it is up to the student athlete to ensure they are not in violation of the NCAA Policy.

Here are some key points about the NCAA Program:

A student-athlete will be in breach of the NCAA drug testing protocol and treated as if there was a positive test for a banned substance other than a street/illicit drug as defined in bylaw 31.2.3 if the student-athlete:

The NCAA is committed to prevention of drug and alcohol abuse. NCAA bylaws require the director of athletics or his or her designee to educate student-athletes about NCAA banned substances and the products that may contain them. As a best practice, athletics departments should conduct drug and alcohol-education

The NCAA provides a drug-education framework for member schools to ensure they are conducting adequate drug education for all student-athletes.

The NCAA equips student-athletes with skills to succeed on the field, in the classroom and in life. Graduating from college is as important as winning on the playing field.

For more information reading the NCAA drug testing policy or for help on creating and implementing your own drug free workplace policy, contact us today at 800-221-4291 or at www.accrediteddrugtesting.net