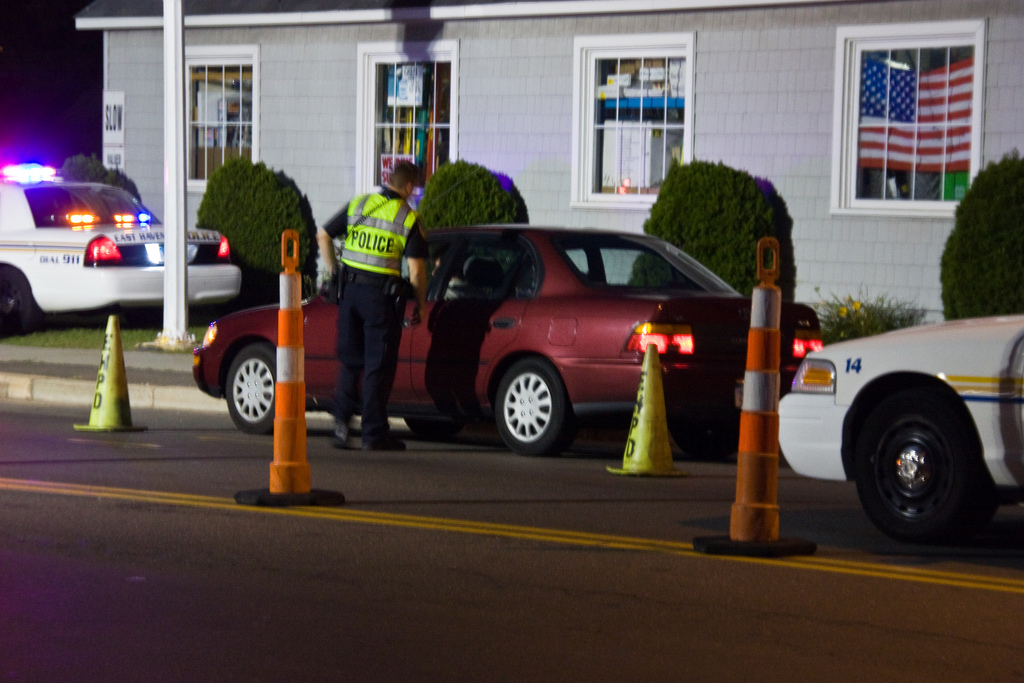 The two Dräger DrugTest 5000 machines, which cost about $6,000 each, were donated by the San Diego Police.

The DT5000 utilizes oral fluid to test for the presence of psychoactive components from seven of the most commonly abused drug types, including

The machine is measured at about the size of a mini bookshelf stereo system.  It allows law enforcement to have an accurate, reliable and easy to use tool to help deter impaired drivers on our roadways.

The DT5000 is leveraged by law enforcement personnel in more than a dozen states during roadside stops and offers quick non-invasive results, as an alternative to collecting urine or blood samples during driving under the influence of drugs (DUID) investigations. The device does not read the level of intoxication; drivers would have to take a lab based urine or blood test for that information or a second mouth swab sent to an independent confirmatory lab for independent analysis.

“It’s a huge concern of ours with the legalization of marijuana that we’re going to see an increase in impaired drugged driving,” Police Chief Shelley Zimmerman said at a news conference.

California voters approved the use and cultivation of recreational marijuana by passing Proposition 64 in November.

In an effort to prepare for the impacts of the law, several San Diego narcotics officers went to Denver to learn how Colorado has fared since recreational marijuana was legalized.  Offcials have found that the region has seen an uptick in drugged driving, Zimmerman said and the numbers have been growing in California as well.

According to the California State office of Highway Safety, in 2014, 38% of drivers who were killed in motor vehicle crashes in California tested positive for drugs, whether legal or illegal.  This number was up from 32% the year before.

“We want to get these impaired drivers off the streets,” the chief said.

The Dräger 5000 has been utilized since 2009 in the U.S. by law enforcement in cities such as Los Angeles, New York, Arizona, Nevada and has also been utilized in other countries such as Australia, Belgium and Germany.

San Diego initially plans to utilize the machines primarily at DUI checkpoints for now. The Dräger 5000 will be used with the same protocols as the handheld preliminary alcohol screening devices (Breath Alcohol Machines) frequently used in the field to test for drivers impaired from alcohol.  Just as alcohol check points, drivers cannot be forced to submit to a Dräger 5000 test.

Officers will initially utilize their training to recognize the symptoms of drug impairment and will first look for various indicators that a driver is high, such as unsafe driving maneuvers, bloodshot eyes, the odor of marijuana and blank stares, San Diego police Officer Emilio Ramirez said. “Once there is ample suspicion of drug use, the officer can then request to perform field sobriety tests or for a driver to take the Dräger 5000 test.”

If the driver refuses at that point, the officer can force the person to submit to a blood test.

A positive result will likely send the driver to a police phlebotomist for a blood test to determine precise drug levels.

If the mouth swab test is negative but the officer still has a suspicion of impairment, then a blood draw might still be mandated, because the Dräger 5000 measures for only seven kinds of narcotics, Ramirez said.

When it comes to detecting marijuana, the machine only looks for the active THC compound that is responsible for the high. That component, delta-9 THC, can stay in a person’s system for a few hours or longer, depending on how the cannabis was ingested and how the person’s body processes the drug. The machine does not look for the inactive THC compounds, which can stay in a person’s system for weeks, police said.

In other words, if someone legally smoked marijuana two days ago, there would be nothing to worry about if tested on the machine.

Evidence from the Dräger 5000 will be admissible in court, although the machine is not expected to have a notable effect on how drugged driving cases are prosecuted, attorneys said.

Under California law, there is no legal threshold for the amount of drugs in a person’s system when it comes to driving.

Alcohol cases are more black and white — a .08% blood-alcohol level or higher is illegal.

Officers and prosecutors have instead had to rely on subjective measures and observations to build a case of drug impairment, which can be different from person to person.