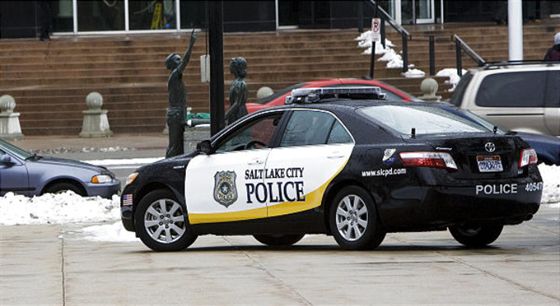 The formal decision was communicated by SLCPD chief Mike Brown when he informed members of the Community Activist Group at their Nov. 2 2016 session. This decision was in direct response to a question as to why cops were not routinely submitting or being required to drug test.

Sgt. Brandon Shearer, a spokesman for the department, said “it’s never a bad idea to police yourself.” Sgt. Shearer anticipates that the random drug testing frequency will be monthly or quarterly and a percentage of the employees of the department would be randomly tested.

“A lot of other agencies do it,” Shearer said. “It’s just something we’ve never done.”

As in most cases a barrier to introducing drug testing has been cost. Estimates associated with implementing drug testing exceed a yearly rate of $100,000. The department has been faced with patrol car fleet in need of several repairs because of the lack of money for new vehicles, therefore drug testing has had to play second fiddle.

Unified Police Department’s spokesperson Lt. Justin Hoyal said his agency has been drug testing its officers since 2010. Officers are tested for illegal narcotics, prescription medication and alcohol. If tested positive, Hoyal said that officers faced “a variety of consequences that could lead to termination.”

A call to the current Salt Lake City Police union president Mike Millard seeking comment was not returned, but SLCPD spokesman Greg Wilking said the union fully supported the move. As long as the tests were random, “I’ll pee wherever you need me too,” he said.