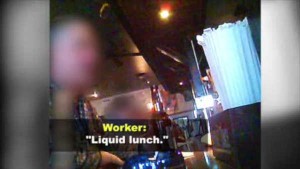 during lunch. The shocking footage has the City Council, Department of Buildings, and some construction industry leaders calling for mandatory alcohol testing.

The footage captured on an undercover camera, shows workers drinking numerous beers and taking shots of hard liquor. Over a 45-minute period the workers are drinking heavily whilst consuming little to no food, then returning to work, which included rigging cranes and operating various dangerous equipment. The workers were filmed drinking at three different locations, none of which seemed concerned for getting caught

For answers to all of your drug and alcohol testing questions and needs, Accredited Drug Testing is the premier source with local locations across the state of New York!

Some sites already require mandatory drug and alcohol screening but not all do. This leads to major concerns given the safety sensitive nature of construction work. Impaired workers not only endanger their coworker’s lives, but those around the site.