Tag: Marijuana as Dangerous as Heroin

Marijuana and Heroin Equally as Dangerous 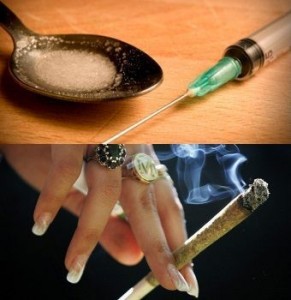 The US Drug Enforcement Administration released a letter to lawmakers in April, stating they would review marijuana’s classification as a Schedule I drug. Schedule I drugs a considered those with no currently accepted medical use and a high potential for abuse. They are the most dangerous drugs of all the drug schedules with potentially severe psychological or physical dependence.

Schedule I drugs include: heroin, LSD, Ecstasy, Methaqualone, peyote and marijuana. Marijuana was classified as Schedule I in the early 1970s, shortly after the passage of the Controlled Substances Act of 1970 (CSA).

The CSA established the scheduling system, which places legal and illegal drugs within five categories based on their potential for abuse. Schedule V is the least dangerous, and Schedule I is the most dangerous.

Currently, marijuana falls under the most dangerous category, the same as heroin, one of the most addictive and dangerous illegal substances on the planet. While alcohol and tobacco, the two most used substances in the United States, are not even classified.

The five groups were determined during the approval process of the Controlled Substances Act in 1970. The scheduling of most drugs was determined by Congress during the debate over the bill and was supposedly chosen according to the scientific and medical evidence at the time.

One of the primary reasons that the DEA has rejected rescheduling marijuana is because of a lack of evidence of its medicinal value.

Incidentally, however, one factor of why there isn’t enough evidence is that the DEA restricts how much marijuana can go toward research, because of its Schedule I status. Any prospective study must be approved by the HHS, the US Food and Drug Administration, and the DEA, a review process that has existed since only the late 1990s.