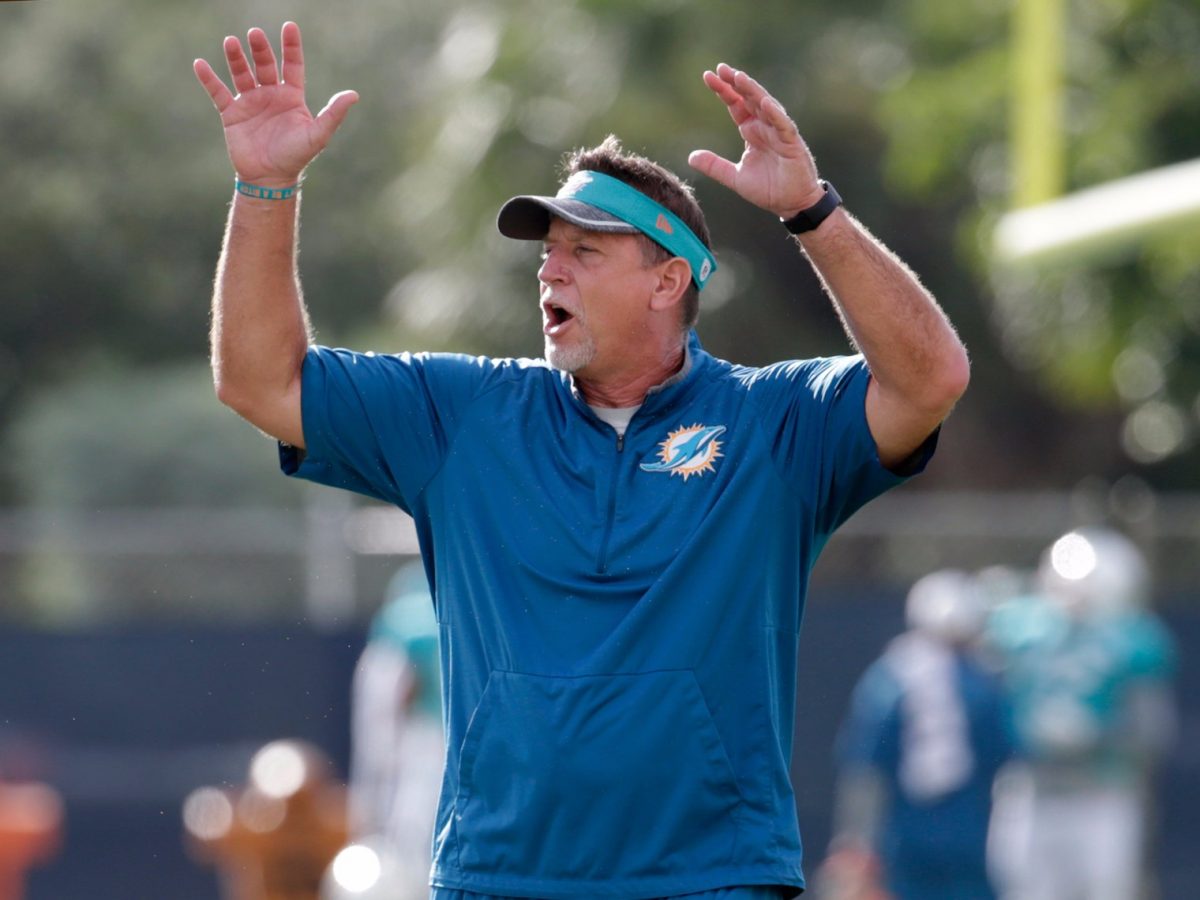 Chris Foerster, offensive line coach for the Miami Dolphins resigns after a self-incriminating video was leaked to the public by Las Vegas model Kijuana Nige. Nige released the video on Sunday, quoting the reason behind it was to attest for the unfair treatment of former 49’ers quarterback, Colin Kaepernick. “The white people mad at me like I forced blow down this mans nose and like I recorded it on tha low,” Nige wrote on her Facebook page. “No those are his habits and he recorded himself and sent it to me professing his love. So quick to make excuses for him but will roast a minority player over an athem, dog fights, weed, domestic issues etc. But y’all keep saying ALL LIVES MATTER STFU‼️”

How bad was it?

In said video, a man identified as Chris Foerster proceeds to talk to an un-named female quoting “Hey, baby, miss you, thinking about you. How about me going into a meeting and doing this before I go?”Foerster then snorts a line of an unidentified white powdery substance, suspected to be cocaine, using a rolled-up $20 bill.

Currently, Foerster is under investigation. A comment made by the Miami Dolphins states they “have no tolerance for this behavior.”

“After speaking with Chris this morning, he accepted full responsibility and we accepted his resignation effective immediately,” the statement said. “Although Chris is no longer with the organization, we will work with him to get the help he needs during this time.”

The most up to date NFL Substance Abuse Policy states that each current player is to be tested at least once a year during the time of April 20th, and August 9th. The collective term given to the NFL regulated drug test is titled the “NFL Drug Panel” which consists of

While illegal substances are only tested for once a year, unless the player is involved in current drug counseling, HGH, or steroid blood tests, are administered 6 times a year. Coincidentally, these tests are never administered on game day.

The procedures regarding a positive test vary upon the concluded results. Marijuana and alcohol usage is penalized with a lesser punishment or fine than other illegal substances.

The NFL Substance Abuse Policy is located in article 39, section 7 of the NFL Collective Bargaining Agreement. Nowhere in this policy does it state the regulations for NFL coaches, or management. The substance abuse policy was last updated in 2016.

Upon resigning, Foerster has made a public apology “I am resigning from my position with the Miami Dolphins and accept full responsibility for my actions,” Foerster said in a statement. “I want to apologize to the organization and my sole focus is on getting the help that I need with the support of my family and medical professionals.”